In April 1978 a group of people who had been training under the guidance of Metropolitan club at Usher Park Daisy Hill, decided to get together and form their own club on the southside of Brisbane.  On 19th April 1978 the inaugural meeting of the Logan All Breeds Dog Obedience Club was held at the Slacks Creek Progress Hall, Hall Rd, Slacks Creek. And so the Logan All Breeds Dog Obedience Club came into fruition.

On 5th June 1978 an application for affiliation was applied to by the club with the Canine Control Council. Affiliation was granted and the Logan club stood on its own feet at last.  Training was still held on Friday evening at Usher Park and remained there until 1986. On 21st June 1978 the club colours of Bone Brown with the contrasting colour of light green where needed was decided upon. At a July meeting in the same year after a competition had been help, Mrs Joanne Ross won the best designed badge, which is oval in shape and very distinctive.

As the club grew so did the need for its own grounds and many meetings were held with the local council. Many different areas within the Logan city were inspected, but it was not until 1987 that the Logan council finally gave approval for the club to sign a lease on an area at Gould Adams Park, Kingston. This lease was finally signed on the 10th July 1987. On 28th November 1987, Logan All Breeds switched on their lights on their own grounds for the first official function which was an obedience sweepstakes.

Clubhouse plans had been drawn up and these were submitted to the Logan Council. There were accepted and the building commenced immediately on the clubhouse.

Since then we have had many thousands of members come through the club’s obedience training. Many of those members have taken their dogs on to trialling around Queensland and have achieved excellent results. The club has hosted many trials over the years including our 40th anniversary trial in 2018.

Our life members and sponsors have been instrumental in developing the club to where it is today. In particular, Lawrie Knauth and Laura Schimke, who have both been recognised as Local Legends, and their families, have spent a lot of time and effort building the club and its reputation. Read more about Lawrie and Laura’s journeys to local legend status here.

Life Membership is awarded to those members who have devoted significant and continued time and effort to and for the club. Our life members are: 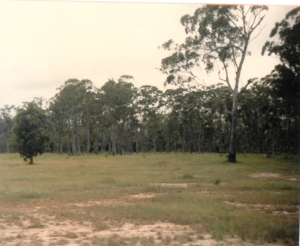 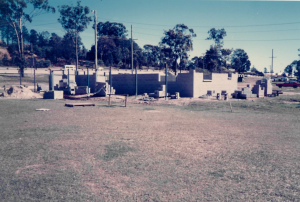 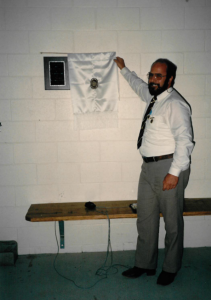